On a morning just like this
with dew heavy on the grass
and sunlight filtering through leaves
I could stand with eyes shut,
reach out a hand and believe
the smooth solidity of back, curving
to rounded hindquarters
and the swish of tail.
I could run my hand, palm down,
following the rise of shoulder
down to leg, knee, hoof, and
cupping in my hand lift its familiar shape
to pick out stones and mud.
My whole self knows the form,
the coarseness of mane, the silk
smooth summer coat on neck
and withers, and the velvety suede
of muzzle, nostrils, mouth.

Are these just memories,
or something deeper in the blood
and in the bone? Far more than memory,
it feels like coming home. 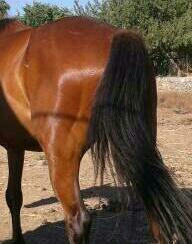 I am so tuned in to the image, the sound, even the idea of Horse, that the slightest sound of hooves on the road, the faintest glimpse of something out of the corner of my eye that might be anything equine, and my attention is caught and  held, with everything else in a state of suspension. I don’t remember a time when this was not so, and where it came from I have no idea. It feels as though I came into the world with it already in me, and as a child I pestered my parents for riding lessons. I drew horses, I rose imaginary ones, I made hobby horses out of broomsticks with old socks stuffed for the head with eyes and mouth embroidered on, and bridles made of bits of leather and string. I had a whole stable full of these and galloped about mounted on one or other of them in the garden and in the woods at the back of our house. My mother had to step in when she discovered I was charging neighbours children for rides and giving them instruction and my early initiative as an entrepreneur came to a timely end, but it wasn’t making money that really drove me to do it rather than the obsession I had with the whole idea of a riding stable.

I was about eight when I finally learned to ride, on a black shetland pony called Lucky. Elderly and quiet, he allowed us to clamber up his rounded sides and sit up proud and straight on his flat back with a patience that was seemingly unending, sometimes dozing off as he stood with one hind hoof crossed over the other. He was the first of many ponies I rode at a riding stable that was to become as big a part of my life as school and family and probably taught me more any other activity I ever did as a child. My greatest ambition as soon as I was competent rider was to become a ‘helper’ and to work there grooming, sweeping, helping to teach beginners, doing odd jobs and earning free rides, and once I was doing this, when I was about 12 or 13, for a few years it was my whole life.

This was no smart establishment. There wasn’t even a signboard to announce its existence. The only building was an ancient stable with a dark and cobwebby tack room and three stalls used mostly for storing hay, where we cleaned tack after the riding was done for the morning. We washed and soaped dark old leather where flies buzzed in summer and where our fingers froze in the icy water during winter. The yard was too small for the twenty or more ponies so they were tethered ready for riders in the trees at the edge of the road, and here we brushed off the worst of the mud from manes and tails and coats before saddling, each of us taking care of a pony that was our own special responsibility. Ponies of all shapes and sizes, mostly mixtures of native breeds, out in all weather throughout the year. We collected them from outlying fields in the early morning, catching and then riding them in bareback, riding one and leading another, clattering along the tarmac of green leafy lanes. Returning with them in the afternoon, we’d let them loose to shake their heads free of bridle or halter and roll in meadow grass. Every Saturday and Sunday and every day of the school holidays we spent this way, whether it was dry, hot, freezing cold and snowing or pouring with rain – nothing could stop us.

Every summer there was a gymkhana. The schooling ring in the field was roped off, freshly painted jumps of an assorted kind were put together and arranged for showjumping, and poles were put up for bending races. Even with all that bareback riding I was never a really accomplished rider and I have always lacked competitive spirit, which is why I suppose I was always hopeless at school sports, but nothing was going to stop me taking part in all the events. I don’t remember winning much, though rows of blue, green and yellow rosettes for second and third and fourth place decorated the wall of my bedroom and every now and then a red one would take pride of place, along with a little tin trophy cup, plated bright silver and standing on a shiny black base. But one event remains unforgettable, the time I took part in the Puissance.

For anyone unfamiliar with it, this event is simply an elimination contest in which everyone tries to clear a fence that is raised higher and higher every time. I was riding a Feller, an Exmoor pony who was not highly regarded by most riders as he was slow, and considered boring as nothing would persuade him to do anything more than amble. There was one thing however that Feller could do, and liked to do, and that was jump. He didn’t like to move fast, but he had no trouble about jogging up to a fence in a leisurely way and then taking off and sailing into the air, seemingly without much effort. This made him a good choice for the Puissance, a fact which others must have forgotten or overlooked, because speed is not the issue (as it is in showjumping) and before long there were only two contestants left, myself and one other.

It wasn’t hard to get Feller to jump higher and higher. Even though it was late in the afternoon, he wasn’t tired having not exerted himself much in the earlier events. All I had to do was point him in the right direction, show him the fence and suggest we jump it and off we’d go. I liked jumping, too; for some reason I wasn’t frightened as the rail was raised again and again, and Feller and I were enjoying every minute. Perhaps something about the way we looked caught the attention of the crowd because now each time we approached the fence someone would shout ‘come on, Feller!’ and others would join in, urging us on as we lolloped at a gentle canter, Feller with ears pricked judging distance and calculating stride. He was the one who knew what to do. All I had to do was hang on and not fall off. As he gathered himself for take off, the whole crowd were now shouting in unison, ‘ Huuuuup!’ as we sailed slowly upwards and cleared the bar cleanly yet again.

I don’t remember how many times we went around and how high the bar went. Feller was an average size pony, maybe 13 or 14 hands at most and the fence ended up higher than I stood when I was back on the ground, so we must have jumped well over 5 foot, and I do recall feeling proud of that, but what I remember most was the feeling that everyone there was behind us, wanting us to clear the rail, willing us up and over as we rose slowly into the air, and flew.

There are times when riding, when you and your horse are totally in agreement and you both understand this, and it’s a good feeling. It’s a really good feeling when you both know that you’re enjoying yourselves together. It may not seem like much, but it is, and I’ve never forgotten it.

I’m grateful beyond words for these recollections. In the last 50 years there have been too many times when I have been far away from this way of being, and these memories nourish me and draw me home. 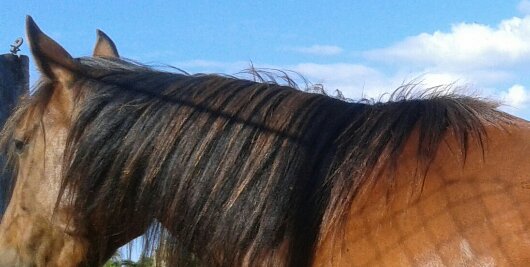 LIVING IN THE MOMENT

All the content on this blog, unless I attribute it otherwise, is my own. So please, if you want to use anything, do ask first, (use the Contact page) and I’ll be happy to say yes.